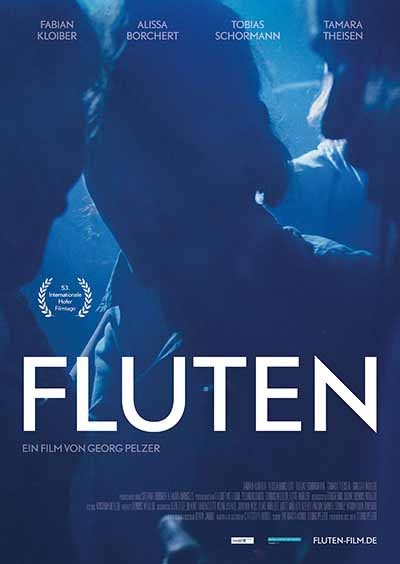 When Jonas loses his job at a Hamburg startup company, he doesn’t have the heart to tell his girlfriend Katharina, as her nerves are already on the edge with her final law exams coming up. Every morning he leaves their flat and drift aimlessly through the metropole on endless underground rides. After a chance meeting with his former boss Marc, Jonas starts to observe the young and dynamic manager. Jonas growing curiosity gradually turns into an obsession. Smaller and bigger lies become a kind of daily survival strategy for him. While Katharina notices his increasingly odd behavior, Jonas starts losing control over the events more and more.

Flood deals with feelings of powerlessness and stagnation of an individual facing a world of growing competition and ongoing performance pressure. The fear of failing in this perceived competition of life kicks off a spiral of wrong decisions, with no apparent way out for the protagonist. Georg Pelzer’s debut was shot basing on a 20-page plot description, dialogues and actions where improvised with the actors on location.

This website uses cookies to improve your experience while you navigate through the website. Out of these cookies, the cookies that are categorized as necessary are stored on your browser as they are essential for the working of basic functionalities of the website. We also use third-party cookies that help us analyze and understand how you use this website. These cookies will be stored in your browser only with your consent. You also have the option to opt-out of these cookies. But opting out of some of these cookies may have an effect on your browsing experience.
Necessary Always Enabled
Necessary cookies are absolutely essential for the website to function properly. This category only includes cookies that ensures basic functionalities and security features of the website. These cookies do not store any personal information.
Non-necessary
Any cookies that may not be particularly necessary for the website to function and is used specifically to collect user personal data via analytics, ads, other embedded contents are termed as non-necessary cookies. It is mandatory to procure user consent prior to running these cookies on your website.
SAVE & ACCEPT